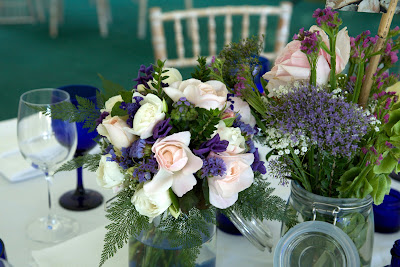 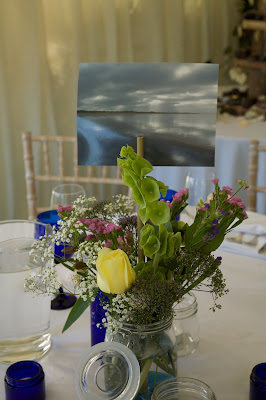 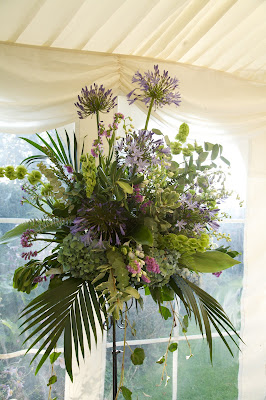 If these look a tad familar, it’s because they are. The pedestals from outside for the ceremony got moved inside the marquee to decorate there, and the bouquets were put into clip top kilner jars with the table flowers as extra table decoration. Multi purpose flowers.

We had a lot (like bucket loads) of flowers left over, which was less than brilliant planning. Thankfully, one of our guests was going to see his grandmother in a nursing home and took most of them there, and they took them gratefully. The rest of the flowers went home with various of our guests (one particular couple had rather a lot, and cheerfully complained that their house smelled like a florist for a week afterwards…). But I was really happy that no flowers went in the bin until they’d their full use.
The container for the pedastal flowers (that you can’t see) was reused as a ice bucket at my parents in law’s 40th wedding anniversary party recently too.